The Buzz Around Bitcoin 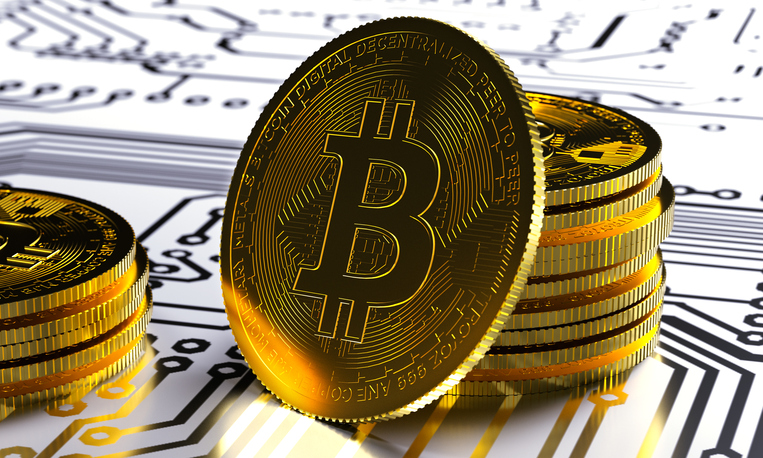 Bitcoin may be simultaneously the most transparent and the most opaque monetary system in existence. Non-computer-inclined people may think of bitcoin as a relatively confusing up-and-coming digital currency. Despite its complexity, though, interest in bitcoin has only increased as the media continues to cover its price fluctuations and potential as an investment. As of December 20, 2017, at 12:41 pm EST, a single bitcoin had a value of more than $16,812 U.S. dollars. This is down from its highest value to date – more than $19,843 U.S. dollars.1

If a single bitcoin is worth so much physical cash, why aren’t people lining up in droves to invest? The reality is bitcoin has a complicated backstory, isn’t backed by anything tangible and carries unknown implications for the future of commerce.

Simply put, bitcoin is the first ever decentralized digital cryptocurrency. Even that simplified definition is a bit dense, so here it is, broken down:

Bitcoin was invented in 2009 by either one person or a team of people operating under the pseudonym “Satoshi Nakamoto.” Satoshi Nakamoto claims to be a Japanese software creator, but this is highly unlikely, as no records of Nakamoto exist before the invention of bitcoin.

Nakamoto released a paper on bitcoin, then gave the public complete access to bitcoin’s open source code and mined the first bitcoins. He completely disappeared from the public eye in 2010, and control of bitcoin was relinquished to Gavin Andresen.

How Does Bitcoin Work?

Bitcoin has no physical backing as a currency, and instead gets its value from what the general public decides its worth. Nakamoto designed the currency so that it will cap at a maximum of 21 million bitcoins, which will probably occur somewhere around the year 2040. It can be assumed that the cap has been implemented to avoid the type of inflation that government-backed currencies experience when nations decide to add more bills into circulation. This cap also gives bitcoins a kind of manufactured scarcity.

Physically speaking, bitcoin operates as a peer-to-peer network accessed via computer. The entire transactional system operates based on computer code. The general public has access to every transaction and is responsible for validating and verifying these transactions via a process called “mining,” which is incentivized through the creation of new bitcoin for the miners.

Essentially, mining is a way for people to make sure no one is over-spending bitcoins. Every ten minutes, a new block of transactions is added to the blockchain (public ledger). The miners in the network use their computers to solve complex “proof-of-work” algorithms, and the solutions determine where these blocks start and end and which blocks are valid. Validated transactions are then added to the public ledger. Because there are so many miners, no one nefarious person can override the system and spend unlimited amounts of bitcoins that they don’t truly have.

Mining also “produces” bitcoins – you can think of mining like minting. The person whose computer verifies the latest block wins a sum of bitcoins, adding more usable currency to the system.

What Value Does Bitcoin Have?

The value of the bitcoin has fluctuated wildly over its existence, and it’s recognized as a particularly volatile currency. During much of 2010, one bitcoin was worth less than 10 cents. That value rose and fell until hitting a peak of over one thousand dollars in 2013. After the peak, the value crashed again and has only skyrocketed in the past year, going above $10,000 in winter 2017.2

What Can I Buy with Bitcoin?

Potentially, you can buy any goods and services with bitcoin. To date, over 100,000 companies accept bitcoin as a form of payment,3 including:

Technically speaking, these companies do not accept bitcoin directly, although a patron can use bitcoin to purchase their goods and services. Companies typically use a middleman, such as BitPay or Coinbase, which processes the bitcoin payment and allows conversion from bitcoins to cash for a fee. These types of companies also allow people uninterested in mining to easily pay for bitcoins with government-backed currencies like dollars or euros.

Besides purchases, many people prefer bitcoin as a form of investment since they are counting on the value of bitcoins to rise in the upcoming years. Whether or not this will happen is dubious at this point in time, as the value has wildly fluctuated in the past.

Unlike equities, which are shares of a business, bonds, which are technically loans, and commodities, like gold or oil, bitcoin is backed by nothing of tangible value. Its value is entirely ethereal with a price based solely on the concept of supply and demand.

The future of bitcoin remains uncertain, and many countries don’t know how to deal with the cryptocurrency. As of now, the IRS taxes bitcoin like property, although there seems to be some debate over whether it’s a commodity or a currency as well. Though it remains legal – albeit disputed – in many countries, it has been made illegal in Morocco, Bolivia, Ecuador, Kyrgyzstan, Bangladesh and Nepal.

As an investment, it may be too late to make a significant profit. While some of the earliest investors have made a pretty penny on bitcoin, the value increase isn’t guaranteed to continue. Consider these drawbacks before going all-in on cryptocurrency:

Bitcoin certainly presents exciting new possibilities for e-commerce and banking. However, before you invest any large sum of money, whether in bitcoin or the more traditional stocks and index funds, it is to your benefit to speak with a certified financial counselor.

At American Financial Solutions, our counselors are available to offer credit, student loan, home ownership, foreclosure prevention and bankruptcy counseling. We also offer a wide variety of free online courses that can help refresh your memory on the basics of finance. If you are interested in improving your financial stability or speaking to a counselor, give us a call today at (888) 864-8548.