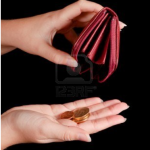 It is not a pleasant thought to think that your bank, the place you trust to hang onto your money, might be working in ways so that you have less of it. But it is true that some bank practices may put you at a higher risk to lose money.

The Pew Charitable Trusts recently published a study showing that information about fees, terms and conditions for some bank checking accounts is tough to nail down. People can take an especially big hit if they overdraft their account. And according to the study, a person’s ability to dispute a fee or charge is becoming more difficult. Since about 90 percent of Americans have a checking account, this has the potential to be a widespread problem.

As we said before, one of the biggest issues arises when a customer overdrafts, or uses more money than is available in their account. About half of the banks surveyed in the Pew report order checks and debits from the highest amount to the lowest. Say, for example, you have $500 in the bank and you have five transactions that go through in one day. One is for $10, then $40, $50, $200, and then $350.  That’s a total of $650, more than you have in the bank.

If your bank processed the fees from the lowest to the highest amount in one day, you would pay one overdraft fee, because you would not go into overdraft until the last transaction (the $350 item). Banks, Pew says about half of them, will order items from highest to lowest. In the example given that means the $350 check would clear just fine, but every other transaction would net you a fee. If the fee is $35, it means you would pay $140 in fees versus $35, if they ordered lowest amount to highest.

The news is not all bad. Some banks have made some changes to make their rules more transparent, or at least readily accessible on bank statements and online. And people have to opt-in to overdraft protection. That doesn’t mean you will not be charged if they pay a transaction for you. It just means they will not pay the company attempting to withdraw funds,

Some banks have taken positive steps, such as raising the threshold at which a consumer is charged any overdraft fees or limiting the number of charges that can happen in one day. But banks are also charging fees when a balance remains negative for more than a few days.

Running into the overdraft trap can be a deep well that’s difficult to escape. If you are someone, who finds yourself in that situation, consider calling an American Financial Solutions credit counselor to discuss ways to successfully get your finances back on track. In the process you’ll learn better financial habits for life.