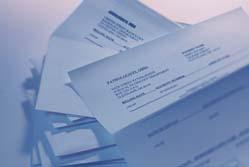 We all have one thing in common – the need for basic health care.

In a 2007 study according to the Common Wealth Fund it was found that 75 million adults in the United States between the ages of 19 to 64 are either underinsured or just not insured at all. The underinsured are defined by spending 10% or more their income (or 5% or more if low-income) on out-of-pocket medical expenses or if they had deductibles that were 5% or more of their income.

What does this all mean? It means that 1 out of every 4 U.S. citizens is either underinsured or not insured; it means they avoid seeing the doctor when sick or hurt, it means avoiding follow-up appointments, it means skipping those all important healthy check ups, it means not getting prescriptions, and it means increased costs for all.

Some interesting statistics from the National Coalition on Health Care;

If you are one of many who are inundated with medical bills be sure to review them closely so you are not unfairly charged for items or service, negotiate lower costs with the billing office, ask about any programs that may help cover the costs and lastly, NEVER take a “NO” from someone who is not qualified to give a “YES” to begin with.

Visit Benefits.gov to find health care resources and other information by filling out a simple questionnaire. Once you have finished a number of relevant resources will be provided in a report that may help you improve your situation. If you are not eligible for any government programs consider visiting Affordable-Health-Care.org .