How to Start Managing Your Retirement Savings 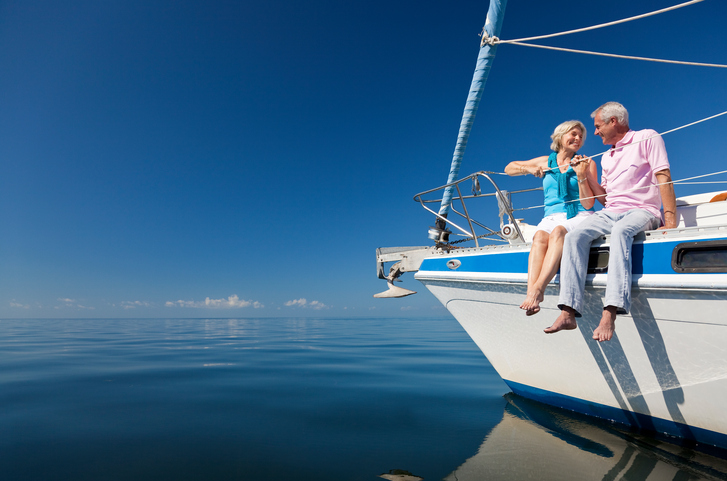 Saving can seem like a daunting task, especially if you’re not entirely confident in your investing abilities or secure in your current financial situation, but that doesn’t mean you shouldn’t try. There is rarely universal agreement among financial and investment professionals, so the fact that everyone says you should save for retirement, preferably as early as possible, should be a pretty clear indicator that it’s a good idea.

But where do you start? How much do you need to invest? Are you already behind? Is there any way to catch up? You likely have a lot of questions about how to reach your retirement savings goals and, although you should rely on the advice of experienced financial advisors and money management professionals for strategies, we can at least provide some information about your options.

Managing retirement savings is intimidating for most people. The only retirement savers who are entirely comfortable with the many retirement investment options are probably people who work in the financial sector. The government, employers and the financial sector understand this, which is why many retirement investment tools available to workers today are designed to be simple, relatively easy to understand and self-managing. Like a 401(k), for example, where you can allocate percentages of your account in a limited number of investment options with varied risk and potential return.

If you have a 401(k), your allocations should be dictated in large part by your desired retirement age and how close you are to it. Generally, younger people can afford to invest more aggressively and take on more risk because they’re still a long ways off from retirement. Once retirement is in sight though, it’s usually not a good idea to excessively gamble with money you will need soon.

401(k) – Many employers offer their employees 401(k)s as one of their benefits. When you get hired and you’re filling out your new employee paperwork one of the things you’ll need to decide is how much of your paycheck you want to put into your 401(k). Many companies offer matching funds, sometimes up to 6% or more. Not taking advantage of matching funds is essentially leaving money on the table. You could be getting compensated 106% of what you would otherwise make if you elected to put nothing into your 401(k). If you got hired by an employer with 6% match for a job with a $30,000 salary you could give yourself a $1,800 a year raise on day one by taking advantage of the matching funds.

You don’t pay taxes on the income you put into your 401(k), however, that money will be taxed as income when you start withdrawing it during retirement. In most cases there are additional penalties for taking money out of a 401(k) before turning 59 and a half years of age, so try to view these funds as entirely off limits.

Traditional IRA – Not every employer offers a 401(k), and some people prefer to have more control over their investment options. For either scenario, a traditional IRA may be the ideal retirement savings option. The tax rules for traditional IRAs are similar to a 401(k); you don’t pay any tax on the income you put into a traditional IRA until you withdraw it during retirement. In a 401(k) you’re generally limited to the investment allocations dictated by your employer, but because you set up your own traditional IRA you have a lot more latitude in terms of managing your own retirement savings. This does mean more studying and work though, so most people who have a good employer-managed 401(k) option usually prefer that simpler solution.

Roth IRA – A Roth IRA is pretty similar to a traditional IRA except for one major difference with the taxes. The income you put into a Roth IRA is taxed, unlike contributions to traditional IRAs or 401(k)s, all of which are pre-tax investments. The flip side is when you retire the money you take out of the Roth IRA has already been taxed as income, so it’s not taxed a second time when you’re using it during retirement. Depending on your tax bracket when you retire, you could end up paying a lower tax rate on the money when you’re young and putting it into a Roth IRA than you would otherwise pay if that was being counted as income and taxed after a life of earning. Because Roth IRA contributions are taxed before they are invested, the government is a little more lenient on taking funds from Roth IRAs prematurely as opposed to 401(k) or traditional IRA dollars that have yet to be taxed. However, profits you’ve made from investments are penalized if they are withdrawn early.

The Power of Proper Investments

To better understand the money-generating potential of properly invested retirement savings, consider checking out some retirement calculators such as the free one available from Edward Jones. You can plug in your current information and see the value of your retirement savings at different potential retirement ages, or mess around with other hypothetical retirement saving strategies. Investment rate of return is one of the biggest factors that will affect your ultimate retirement nest egg when you reach your target age.

For example, if you hadn’t started saving for retirement until your first “real” job at 25, at which time you began putting $2,600 annually into a 401(k) that was earning a 9.5% return every year, you’d be able to retire with more than a million dollars by the age of 65.

For another example, say you inherited $30,000 when you were 25 and put it in a traditional IRA. In this scenario let’s imagine you have a good financial manager who earns you a 12% return every year. You don’t put in any money after that initial $30,000 investment.

In that scenario, you could retire at 65 with nearly $2.8 million.

In the first example, you would ultimately end up investing $104,000 of your earnings into a retirement fund. In the second example, you’re only investing $30,000, but that 2.5% difference and the higher total starting point in scenario two makes a massive difference in the end result.

The bottom line, with either scenario, is that starting young and investing your savings in reliable retirement vehicles makes retiring a millionaire a relatively feasible proposition for many of today’s workers, even those who are not making six figures or more.

Don’t Let Retirement Sneak up on You Without a Plan

It’s hard to put a price on peace of mind. Wouldn’t it be great to go to bed every night looking forward to retirement rather than worrying about what you’re going to do or if you can ever conceivably afford to stop working?

If you’d like to learn more about saving for retirement or want to learn about managing your current retirement savings more effectively, browse some of the financial education classes available through American Financial Solutions